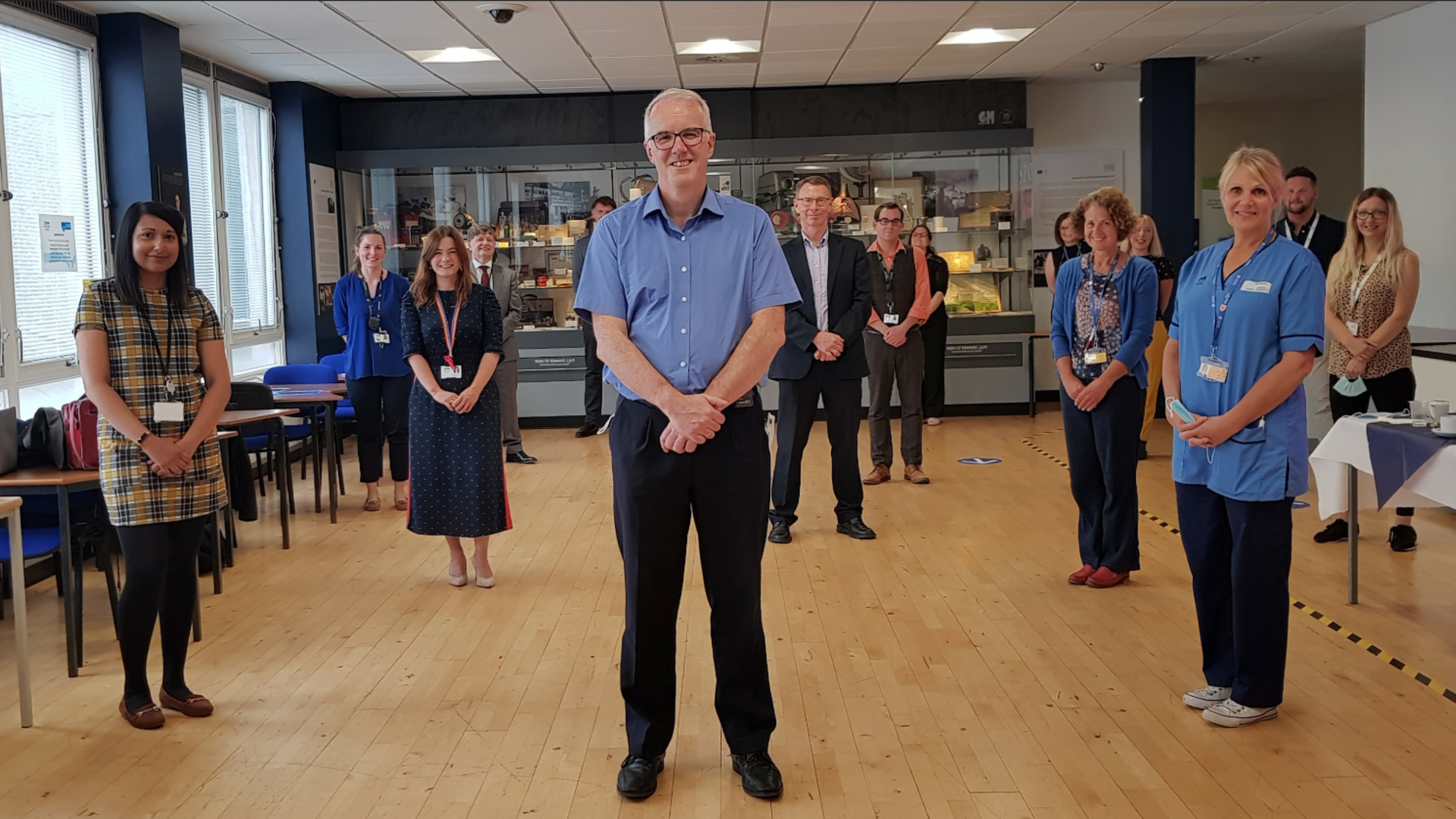 University of Dundee Professor, John Dillion, is being recognised by the Coalition for Global Hepatitis Elimination for his contributions to advancing hepatitis elimination in Scotland and making a global impact

University of Dundee Professor, John Dillon, is being recognised by the Coalition for Global Hepatitis Elimination for his contributions to advancing hepatitis elimination in Scotland and making a global impact. In honour of World Hepatitis Day he has been selected as a 2021 Elimination Champion.

The research carried out by Professor Dillon with NHS Tayside and his University of Dundee team led to Tayside becoming the first region in the world to effectively eliminate Hepatitis C in 2020 thanks to this pioneering work and collaboration.

Professor Dillon’s projects focused on working with people that use intravenous drugs and those who have a challenging time accessing care due to stigma and limited availability. The project began by offering a needle exchange program and this soon evolved to provide much needed HCV testing and treatment.

Professor John Dillon, School of Medicine said, “The aim of the project was to remove the barriers faced by patients. Each step you lose people. People are too frightened, they can’t afford the bus fare, they have other commitments or can’t afford to be away from somewhere for the time. So you really need to make the steps smaller and simpler.

“I am honoured to receive this award. It is recognition for a team effort by many people, to improve care for people who are often lost in our systems.”

Hepatitis C (HCV) is a blood borne virus which affects the liver and can lead to cirrhosis, liver failure or liver cancer. Around 90% of HCV infections occur in people who inject drugs, or have previously done so, through sharing needles.

This project was a success due to collaboration between the University of Dundee, NHS Tayside’s community nursing, pharmacy and lab teams, Public Health’s Sexual Health and Blood Borne Virus Managed Care Network and third sector partners including the Cairn Centre in Dundee

To date, the program in Tayside has treated almost 2,000 people living with hepatitis C, more than 90% of the estimated number of people living with HCV. This reduction in prevalence met both the WHO and Scottish Government targets for HCV elimination ahead of schedule.