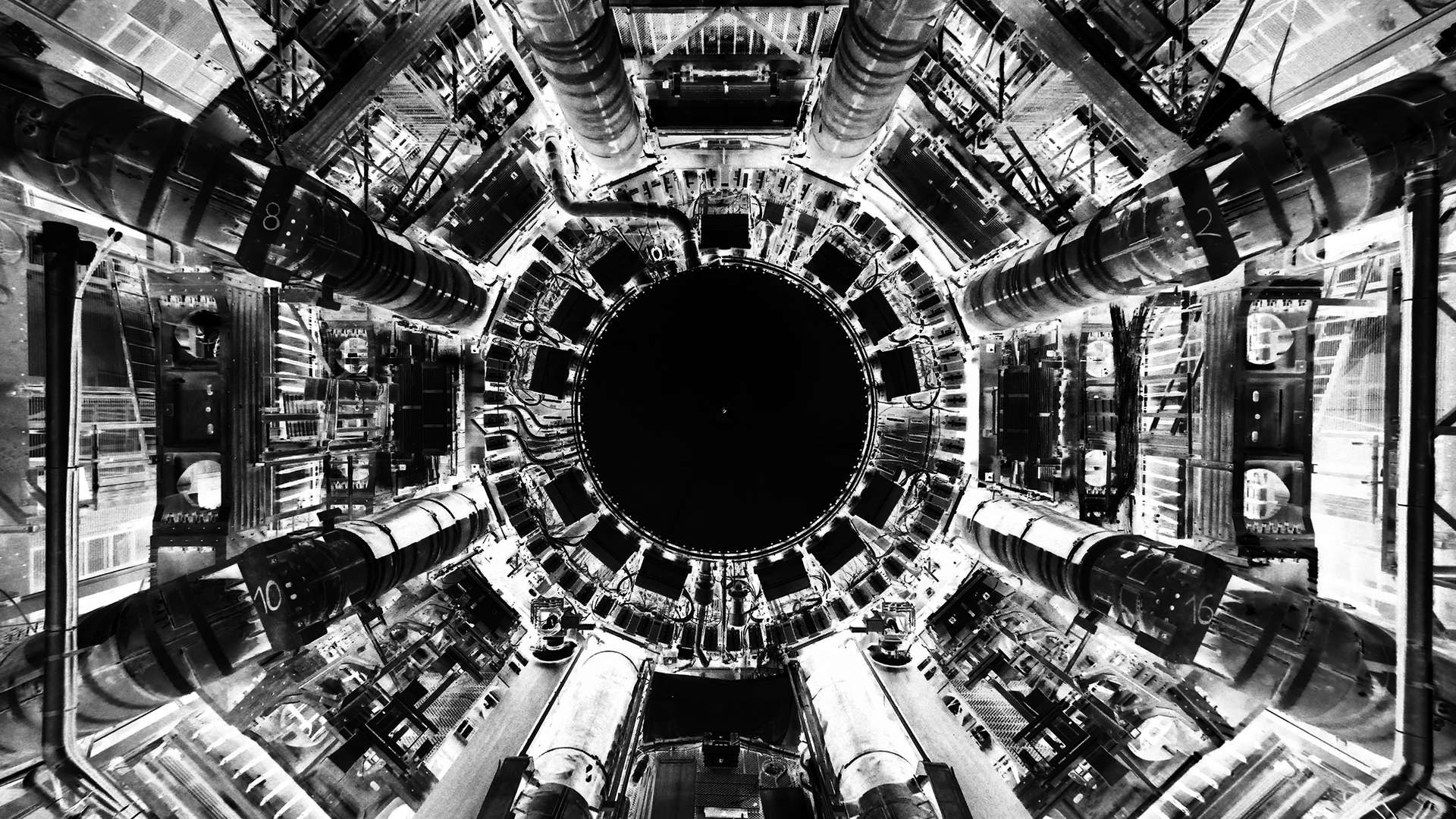 Helping unlock the secrets of the universe

Researchers at Dundee are helping take the Large Hadron Collider at CERN – the world’s largest science experiment – to a new level with pioneering laser technology.

It is the biggest science experiment in the world, looking to find the tiniest traces of particles that may explain how the universe is formed. The Large Hadron Collider (LHC) at CERN, the vast 27km particle accelerator that runs underneath the French-Swiss border, is the place where the existence of the Higgs boson particle was confirmed. It is also where, almost incidentally, the world wide web was invented.

There are further secrets that CERN hope the LHC can uncover, for example probing for evidence of the existence of dark matter, the elusive material that theoretically accounts for much of the matter of the universe. To be able to do that the LHC needs to be upgraded to allow scientists to smash together chains of protons at higher speeds and in greater quantities, creating more powerful collisions. This is where Professor Amin Abdolvand and colleagues at the University of Dundee step in. They have developed new laser technology which solves one of the fundamental problems the LHC faces.

“Large particle accelerators such as the Large Hadron Collider suffer from a fundamental limitation known as the ‘electron cloud,’ explained Professor Abdolvand, Chair of Functional Materials and Photonics at the University and Associate Dean Research in our School of Science and Engineering.

“This is a cloud of negative particles which can form in the vacuum of the LHC and affect the proton beam, basically acting as interference. They need to get those electrons out of the way at key points in the collider. This is very challenging but with the new techniques we have developed we have now tested and proved a method that can be used.”

This is LESS, or Laser Engineered Surface Structures. By using lasers, Professor Abdolvand and team are able to reformulate the surface of metals. In the laboratory this means they can perform neat tricks such as printing colourful designs on metal without using any inks or scratching the surface. The process is based on understanding how different metal surfaces react when they are subjected to varying levels of laser intensity.

In the context of the LHC it means using the lasers to design the surface of the metal tube to ensure it can ‘capture’ electrons and take them out of the way of the proton beam. Under a microscope this design resembles the type of sound padding seen in music studios. The technique has been successfully tested at CERN and will be deployed as part of the High Luminosity LHC upgrade to crank up the performance of the LHC in order to increase the potential for discoveries after 2025.

While the laser technique has been proved to work, it still requires further ingenuity to see it fully deployed. Professor Abdolvand and colleagues at Dundee have had to build a robot that can fit inside the LHC’s particle accelerator tube and use the laser to remodel kilometres of the inner surface.

“One of the thrills of working with CERN and the LHC is that this is the very cutting edge of science and it requires new solutions and new techniques to make it work,” said Professor Abdolvand. “The invention of the world wide web is just one example of how pushing at the boundaries of science at CERN leads to other discoveries and developments.

“We have had to find a solution to changing the inside of the LHC. It isn’t something you can pull apart and start again, we have to work against the limitations of the machine’s design. We have had to design small robots that can carry a laser and allow us to operate it with an extremely high level of precision. We have been able to do that but now we are looking at different and possibly even more effective ways we can deliver this system.

“It is tremendously satisfying as a research team to be working on this. We are publishing research papers with CERN, which does grab people’s attention a little more than normal.

It has also been very encouraging to us as an engineering and physics group to be working with CERN. Many people’s first instinct when thinking about CERN is that it is a particle physics experiment so what you need are a lot of particle physicists. But around 75% of the people working on the project are engineers and they are among the very best in the world. To be in that company is very satisfying for us.

“Fundamentally it is also just exciting to be part of research that is asking the questions of how the universe was formed and how it works. These are the biggest questions we have, and the answers when we find them may change our thinking completely.”

“We are at the forefront of high precision laser materials engineering and our work at Dundee helps CERN to move to the next stage in its study of the fundamental structure of the universe. ”