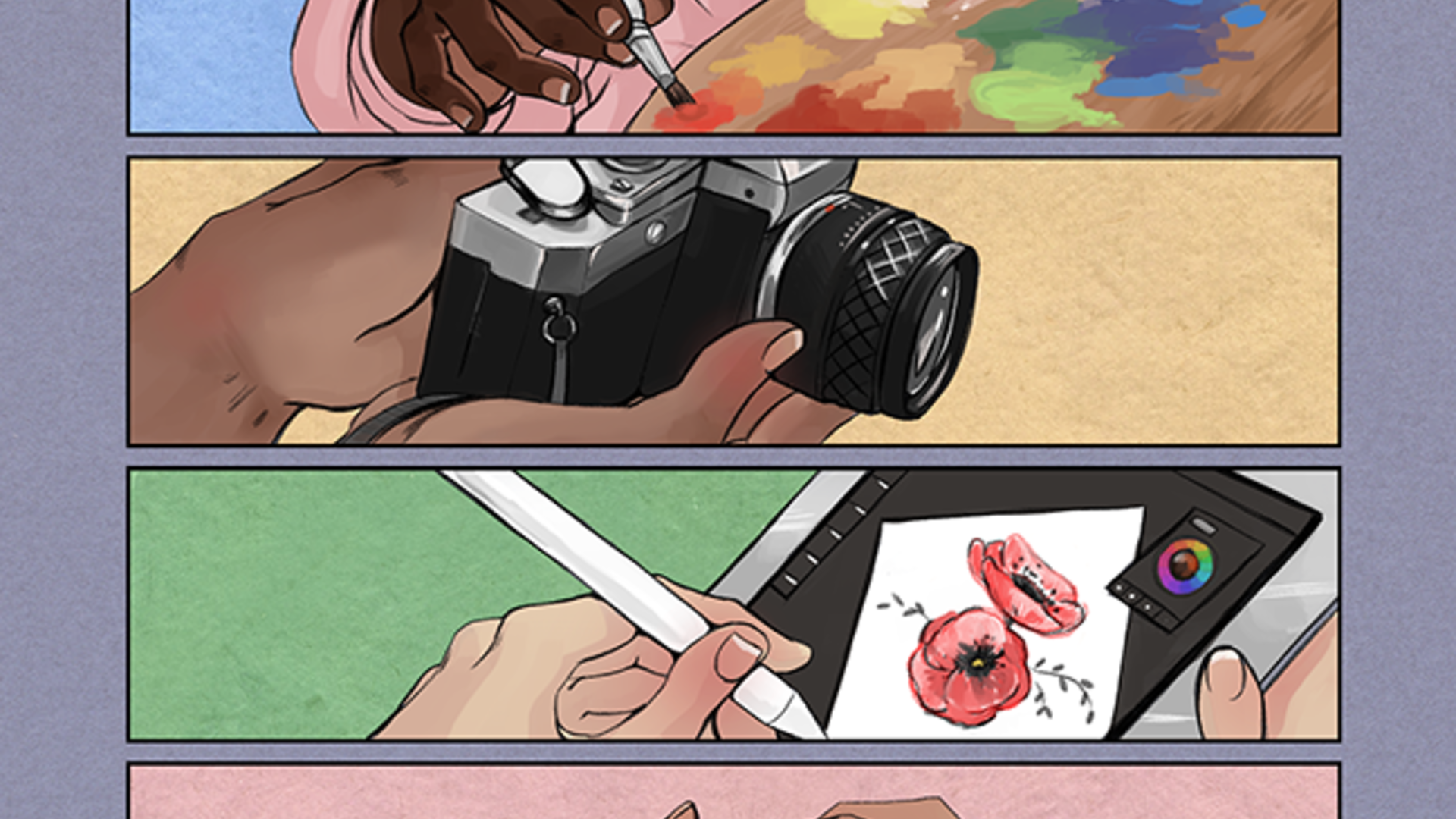 Ashling Larkin and Cat Laird, both graduates of the University’s Duncan of Jordanstone College of Art and Design (DJCAD), plan to launch their second comic anthology ‘Working In: The Arts’ in September following a successful Kickstarter campaign.

The collaborative comic includes interviews with nine creatives working professionally in the arts, a number of whom are also Dundee graduates, giving an insight into their different careers and how they entered the field.

Ashling and Cat hope the comic will show that there's more than one way to break into the field and to break stigmas and negative stereotypes attached to creative careers.

“There are a lot of stereotypes surrounding artists that have led to the ‘starving artist’ trope, and this isn’t the case for all creatives,” said Cat, who graduated with a degree in Illustration from DJCAD in 2016.

Each story is illustrated by a different comic artist who also has a page in the book to tell their story about how they found their way into their artistic careers.

The pair want the comic to reach anyone with an interest in knowing the behind-the-scenes workings of the professional art world, from students thinking about studying a creative subject to parents and schools wanting to better understand to give support.

Ashling, who graduated with a degree in Animation from DJCAD in 2016, said, “It’s important to shine the light on just how diverse these careers can be because a lot of people who haven't had much exposure to the creative field don’t understand it.

“We’re particularly interested in helping younger people who are interested in pursuing a creative career and in helping their parents. This comic is an informative resource that can offer a more solid idea and give peace of mind.”

‘Working In: The Arts’ is the second in the series of visually helpful publications in the comic collective, Comics Help Inform People (CHIP) produce.