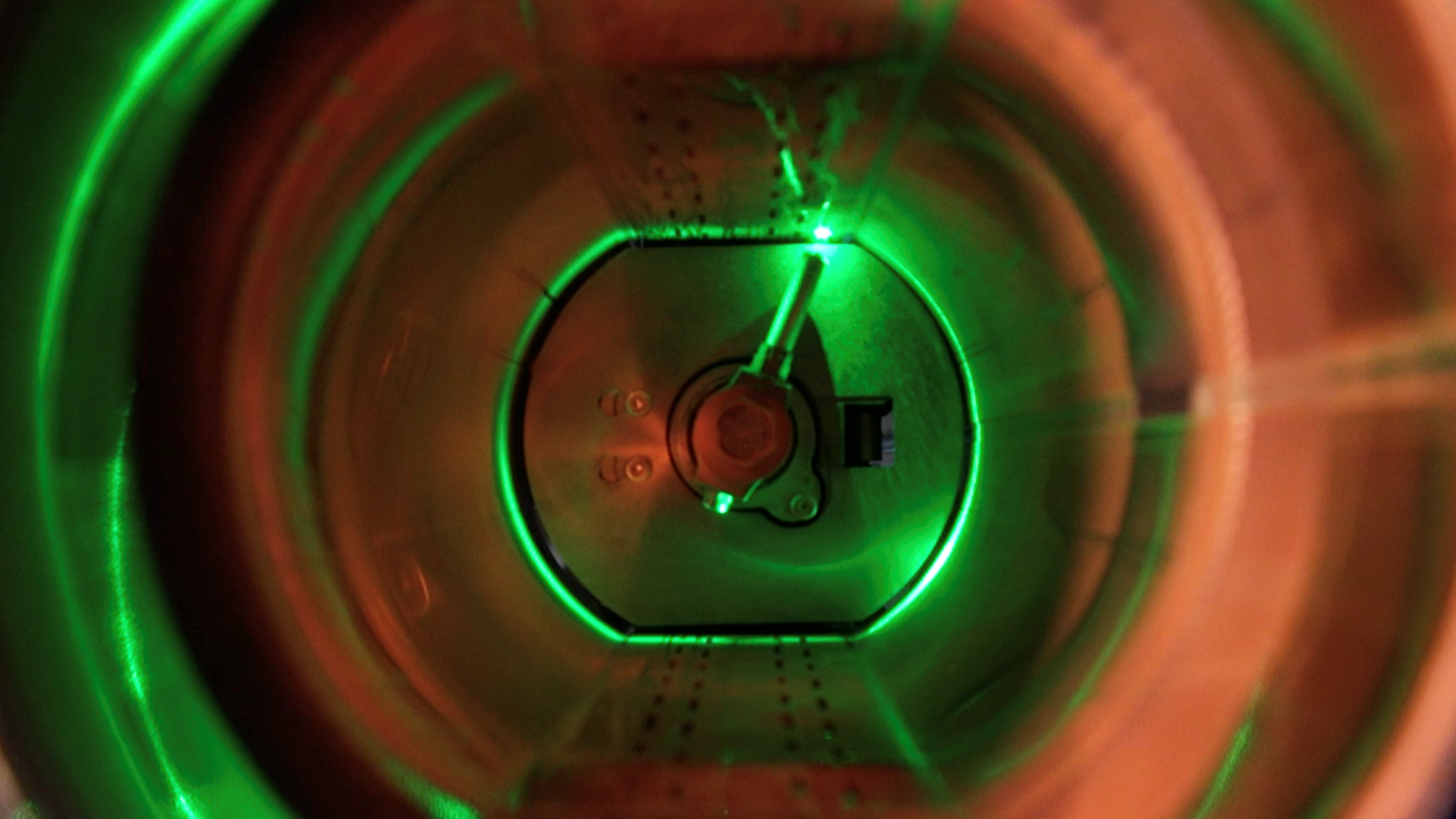 A collaboration between the University of Dundee, The Science and Technology Facilities Council, and CERN

Working with The Science and Technology Facilities Council (STFC), and CERN, the University of Dundee is aiding in the development of new processes and technologies that will impact on the next major upgrade of the Large Hadron Collider (LHC) at CERN. The upgrade aims to increase the potential for discoveries after 2025, unlocking more of science’s greatest mysteries going back to the ‘Big Bang.’ The technology will also be available for use on the LHC successor, the $20bn Future Circular Collider (FCC) a particle accelerator four time longer and ten times more powerful than the current LHC.

At CERN, the European Organization for Nuclear Research, scientists are probing the fundamental structure of the universe. They use the world's largest and most complex scientific instruments to study the basic constituents of matter – the fundamental particles. The particles are accelerated to collide together at close to the speed of light. The process gives the physicists clues about how the particles interact and provides insights into the fundamental laws of nature.

Founded in 1954, the CERN laboratory sits astride the Franco-Swiss border near Geneva. It was one of Europe's first joint ventures and now has 23 member states.

The instruments used at CERN are purpose-built particle accelerators and detectors. Accelerators boost beams of particles to high energies before the beams are made to collide with each other or with stationary targets. Detectors observe and record the results of these collisions.

The University of Dundee is engaged with CERN on a number of other projects and has become a partner of the CMS Collaboration at CERN.  The CMS (Compact Muon Solenoid) is a general purpose detector at the LHC built around a huge solenoid magnet.

“At the University of Dundee we are working with CERN on the upgrade of the LHC to go beyond the state-of-the-art to find the building blocks of the universe.”

Large particle accelerators such as the Large Hadron Collider (LHC) suffer from a fundamental limitation known as the `electron cloud’.  This cloud of negative particles under certain condition may degrade the performance of the primary proton beams that circulate in the accelerator and, as it is the case in the LHC, increase the heat load thus endangering the cryogenics conditions.

Current efforts to limit these effects involve applying composite metal or amorphous carbon coatings to the inner surfaces of the LHC vacuum chambers. These are expensive and time-consuming processes that are implemented under vacuum, they may also degrade over time causing technical issues in areas such as beam stability.

CERN is preparing to upgrade the LHC collider from 2019 and a new solution is needed to reduce the ‘electron cloud‘  problem to much lower levels than are expected as the upgraded collider will use proton beams of double the intensity of the current ones.

The University of Dundee and STFC entered into partnership with CERN to employ a new technology for the surface modification of metals known as LESS (Laser Engineered Surface Structures) which is aimed at clearing the 'electron cloud'.

The LESS method has shown potential to reduce the electron cloud to unprecedentedly low levels. It involves using lasers to manipulate the surface of metals and relies on understanding how different metal surfaces react when they are subjected to varying levels of laser beam intensity.

“The LESS solution could be easily integrated in the design of future high-intensity proton accelerators; the method is scalable from small samples to kilometre-long beam lines.”

Tests have shown that it is possible to reformulate the surface of the metals in the LHC vacuum chambers to a design that under a microscope resembles the type of sound padding seen in music studios. The surface can trap electrons, keeping the chambers clear of the cloud. Initial tests at the Super Proton Synchrotron, the LHC injector, have shown the LESS method is very effective at controlling the electron yield, as electron clouds have been fully eradicated.

Through close working interaction between the University of Dundee laser specialists, STFC and CERN materials scientists a breakthrough in suppression of secondary emission yield performance has been accomplished, which could have widespread implications for high electro-magnetic field environments, where breakdown limitations are of particular concern, such as for sensor systems and applications in satellite and aerospace technologies.

Currently being extensively tested this new method will allow CERN to remove fundamental limitations of the LHC and to reach the parameters which are needed for the high luminosity upgrade in an easier and less expensive way. This will boost the experimental program by increasing the number of collisions in the LHC by a factor over the present machine configuration.