Play as a Forensic Scientist in our new interactive game

Can you help solve a murder?

The year is 1923 and Susie Sato finds herself investigating a murder when her great-uncle is found dead in his private museum, with an ancient Egyptian burial dagger protruding from his back. 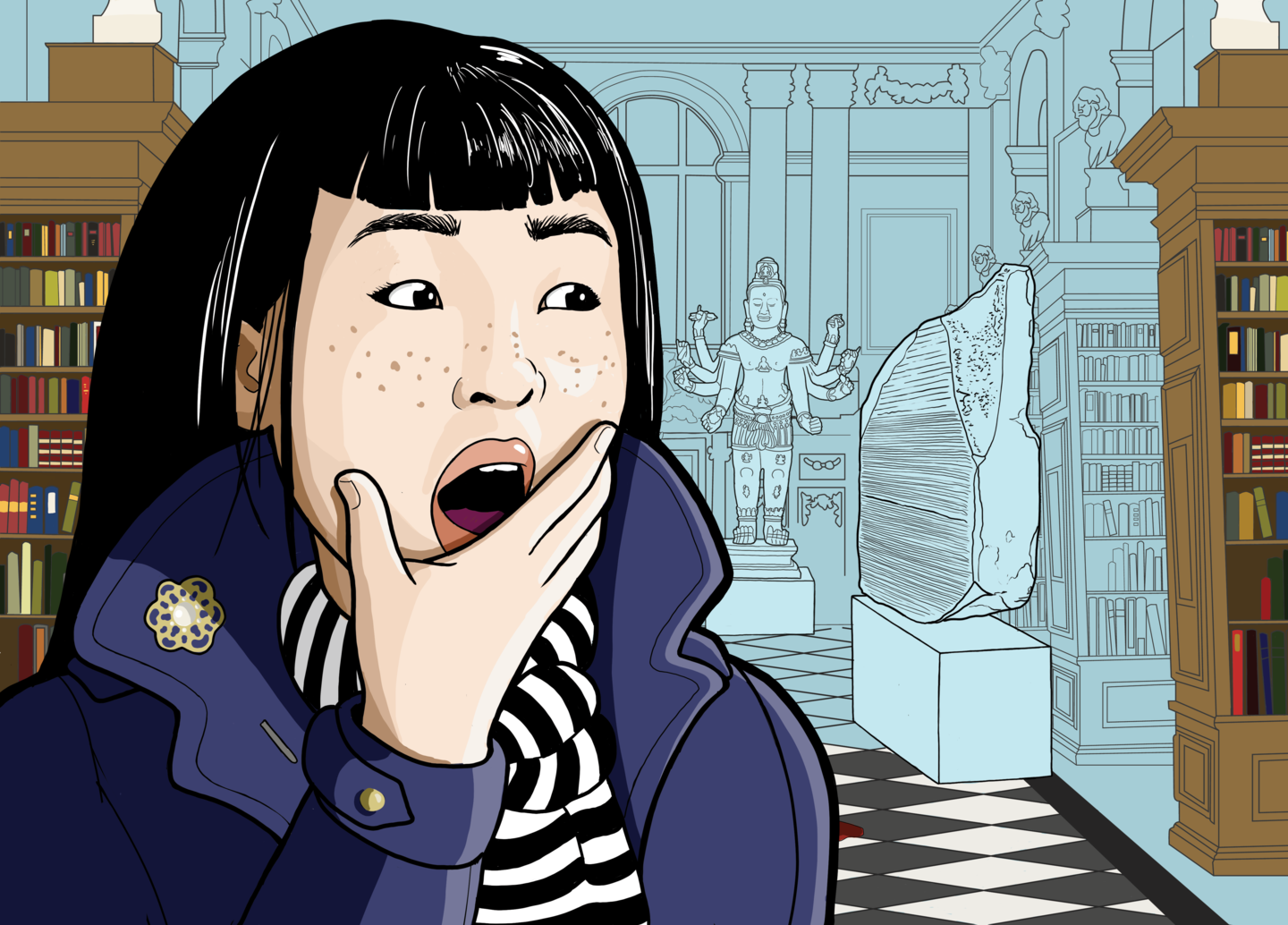 Could it be that the dagger, an object the now deceased Lord Hamilton was warned not to remove from a tomb in Egypt, is cursed? Or is there a more rational explanation for his death?

This is the premise of The Curse of the Burial Dagger, an interactive murder mystery game from the Leverhulme Research Centre for Forensic Science (LRCFS) at the University of Dundee which enables anyone to participate in a fictional investigation based on concepts from forensic science.

The game, developed with digital story studio Fast Familiar and supported by staff and students from Monifieth High School in Angus, challenges players’ use of maths, logic and critical reasoning skills to help Susie uncover different types of forensic evidence and weigh up contrasting hypotheses. Can they uncover the events leading up to Lord Hamilton’s death and deduce how he died? Or will the curse strike again?

The Curse of the Burial Dagger was launched by pupils from Govan High School in Glasgow as part of Maths Week Scotland.

Dr Heather Doran, Public Engagement Manager at LRCFS said, “The Curse of the Burial Dagger is a virtual experience that will challenge players’ interpretation skills as they work through a series of related puzzles, designed to make them consider what scientific evidence can tell us.

“There has been a real explosion of interest in forensic science and online games in recent years. This experience allows people to engage with some concepts of forensic science at a time that suits them, from home or school, and play in a collaborative way, with friends. It’s designed to be fun but also make you think and consider what the scientific process can tell us about evaluating scientific results within a given scenario.”

The game can be played individually or collaboratively with friends and family on PCs, laptops or tablets, and is suitable for secondary school-age groups. Additional materials are available for teachers and group leaders to support learning about science and forensic science.

Chloe O’Connor, Principal Teacher of Science at Govan High School said, “We are super excited to be launching this new game in partnership with Dundee University and FastFamiliar. As a science teacher, I have to admit that it was the forensic science theme that caught my eye but the incorporation of literacy and numeracy, being played through a digital platform, means it really does tick all the boxes as an innovative teaching resource.”

The Curse of the Burial Dagger game is available from Fast Familiar, while a video trailer can be seen on YouTube.

Each purchase allows six devices to access the game. It can be played on a computer or tablet device. The Curse of the Burial Dagger lasts between 60 and 90 minutes – depending on how quickly the mystery is solved. It is recommended for players age 11 and upwards.

It was supported using public funding from Arts Council England and funded by The Leverhulme Trust.

LRCFS is a 10-year, £10 million research centre funded by the Leverhulme Trust, which aims to ensure that the forensic evidence presented in court is underpinned by robust science. Public engagement is a major feature of the Centre’s work, with members of the public contributing to major citizen science projects and shaping the way in which forensic science research is planned, conducted and communicated.

The Leverhulme Trust was established by the Will of William Hesketh Lever, the founder of Lever Brothers. Since 1925 the Trust has provided grants and scholarships for research and education. Today, it is one of the largest all-subject providers of research funding in the UK, distributing approximately £100m a year. For more information about the Trust, please visit www.leverhulme.ac.uk and follow the Trust on Twitter @LeverhulmeTrust.