Surplus Cameo Decor: Sindanao 2 sees the artist reconfigure a body of works first conceived for Cooper Gallery in Dundee in 2012 with a new set of sculptural works, sound pieces and architectural interventions interspersed with live cameo appearances by art world protagonists developed for its new context at Shanghai Himalayas Museum.

Episode 1, palasthotel, borrows a bronze-tinted window finish from an East German hotel on Berlin Alexanderplatz. Episode 2, horizontes soroa, is set in the swimming pool of a remote Cuban resort, under refurbishment in the early 2000s. Episode 3, sindanao, was first invented for a 1986 Ulli Lommel horror movie, and is now set in 2019 just before the opening of the M+ super-museum in Hongkong’s West Kowloon Cultural District. Episode 4, sindanao 2, collapses Shanghai into a poolside conversation about shoulder pads, and the surface prisms of almost wall-sized lenticular backdrops.

Surplus Cameo Decor: Sindanao 2 arranges four of these episodes into a new exhibition commissioned specifically for Shanghai Himalayas Museum. While the Dundee version provided a fabulated Chinese scenario composed of atmospheric shrapnel, Sindanao 2 imports these distances into interlocking close-ups concerned with the implausible proximity of the exhibition to Shanghai itself. As in Dundee, the exhibition will be punctuated by invited cameo appearances. For the Shanghai version, award winning film director Zhao Da Yong, who lived in Shanghai and made a film about Nanjing Road (Street Life), will perform a cameo appearance of himself as himself in the gallery as cinematic set. This cameo appearance will be documented in a staged photo shoot in the museum.

Schmitz’ works have been described as providing portals into and escape hatches from exhibition situations, turning the gallery into a set of components for a movie always yet to be made. By combining the seductive appeals of props, plotlines, characters and atmospheres, his works withdraw from the present by inhabiting the outer margins of its materialized fictions. 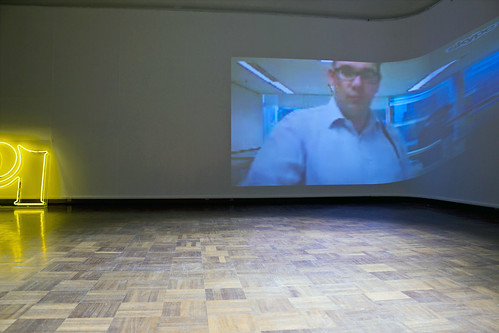 In partnership with the British Council

CURRENT |????: Contemporary Art from Scotland is a four-phase eighteen-month contemporary art exhibition and forum programme at Shanghai Himalayas Museum that showcases for the first time in China the distinctiveness of contemporary art made in Scotland, its grass-roots spirit and its keen debates with the social and political dimensions of art and culture. CURRENT |???? is co-curated by Sophia Hao and Wang Nanming.

Edgar Schmitz is an artist who is interested in the relationships between contemporary art and cinematic productions. He uses images, storylines as well as soundtracks from films in order to produce installations in art gallery spaces that are over-saturated with the promises of the multiple invoked elsewhere. His works operate as backdrops which turn the gallery into a film set for movies always yet to be made, and investigate how to best withdraw from the here and now of the present.

Recent exhibitions include Surplus Cameo Decor, Cooper Gallery, (2012), British Art Show 7 – In The Days of the Comet, Hayward Gallery and touring (2010/11), extra added bonus material, FormContent (2010), Dictionary of War, Steirischer Herbst Graz (2006); A-C-A-D-E-M-Y, Vanabbemuseum Eindhoven (2006); and Liam Gillick: ‘Edgar Schmitz’, ICA London (2005). Schmitz is the co-director of A Conversation in Many Parts, an international discursive platform for contemporary art and concepts, and a lecturer in Critical Studies at Goldsmiths. 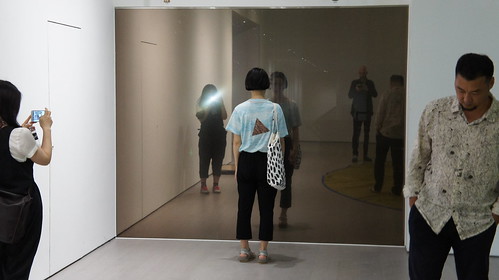