This installation brings together, for the first time in the UK, Zhao Dayong’s internationally celebrated films; Ghost Town (2008), The High Life (2010), Shadow Days (2013) and Street Life (2006). This selection of documentary and feature works, curated by Cooper Gallery, is part of the city wide cultural festival, Ignite Dundee 2017.??

Zhao Dayong is an internationally celebrated director working in independent film, based in China. Zhao's work in documentary and feature film explores themes of existential anxiety and spiritual bankruptcy in the face of a China that is rapidly transforming. A present day social and economic situation in which history, culture, meaning, and even love and family, are often destroyed in the pursuit of mirages of prosperity. Zhao's works combine a strong artistic sensibility with an eye for raw, revealing, and poetic moments. 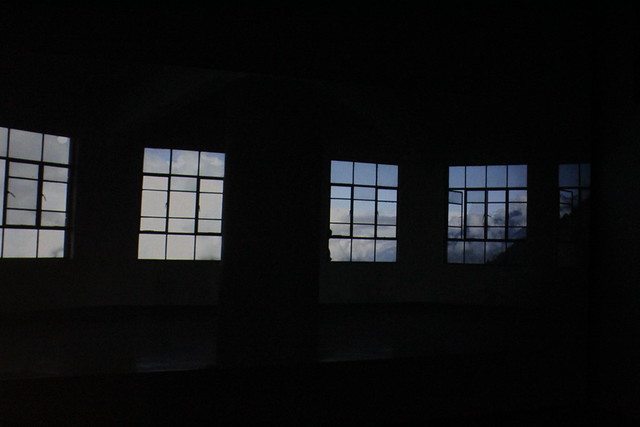 Centrespace in the Visual Research Centre, DJCAD is located
on the lower floors of Dundee Contemporary Arts, 152 Nethergate, Dundee.