Tomorrow Was a Montage

Bringing together work by Polish and Hungarian artists from three generations, Tomorrow Was a Montage in Cooper Gallery reveals a world torn asunder from the predictable and the known, the verifiable and the legitimate.

Montage, the practice of ‘citing without citations’; to quote the essential exponent of literal montage Walter Benjamin, is never neutral, never indifferent. With intimate strangeness montage unsettles all depictions of the world.

Fragments, juxtapositions, sudden illuminations, jarring proximities and a suspicion of systems; this is the image of the world offered by montage. Addressing time and space as a field of discontinuities, ruptures and breakages, montage overwhelms and unsettles perception. Pioneered in the first half of the twentieth century by the Surrealists and early Soviet filmmakers, montage became a radical subversive strategy of dissonance and shock for artists, designers, writers and thinkers seeking to challenge stereotypical images of the contemporary.

Tomorrow Was a Montage is an important opportunity to view rarely seen works that epitomise the visual language and polemical politics of the Former East in the 1960s and 70s, alongside contemporary works that demonstrate the enduring cogency of montage as an artistic method. Ranging across graphic design, animation, artists’ films and performance, Tomorrow Was a Montage features sixty significant poster works by the internationally celebrated Polish graphic designer and artist Roman Cie?lewicz, films by preeminent film-makers Jan Lenica and Zbigniew Rybczy?ski, and a screening event of legendary film works by Hungarian painter and experimental filmmaker György Kovásznai. Bringing the ethos of the exhibition into the contemporary is the work of the up-and-coming Polish film and sound artist Wojciech B?kowski. 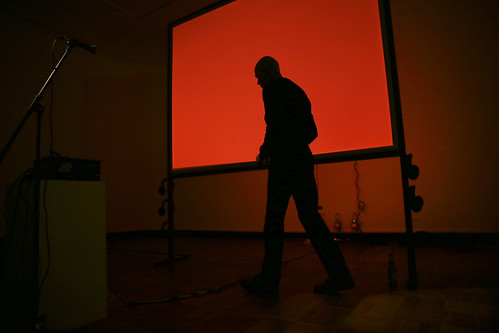 Working without computer software and often within the political constraints of state Communism, Cie?lewicz, Lenica, Rybczy?ski and Kovásznai reveal an astonishing technical mastery of montage and its provocative political possibilities that are unsurpassed. Both Cie?lewicz and Lenica were part of the globally recognized Polish Poster School, an outstanding example of poster art comparable to France's La Belle Epoque of the 1890s. Bringing a double visual heritage of Constructivism and Expressionism from the Former East, Cie?lewicz transformed contemporary graphic design. Moving to France in 1963, he worked as artistic director of ELLE, frequently contributing to magazines including Vogue and Opus International and was acclaimed for his lavish catalogue designs for prestigious exhibitions at the Pompidou Centre. Lenica who also moved to France in 1963 won numerous awards for his animations including the Fipresci Prize for Labyrinth, which is featured in the exhibition. Depicting a self-consciously Kafkaesque tale of a winged lonely man literally devoured by totalitarian rule, Labyrinth is considered one of the finest political animations ever made. 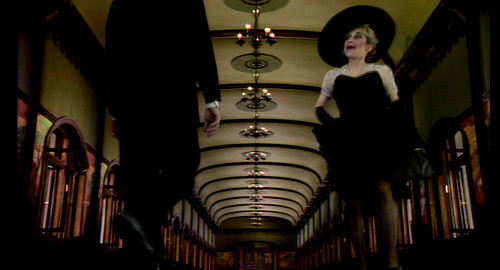 Renowned in the US and Europe for pioneering experimentation with new image technology, Rybczy?ski creates visionary images of new worlds. Standing out among his evocative films, which he defines as performances, is Tango. Awarded an Oscar in 1980, Tango is an extraordinary example of how montage can collapse different times into the same moment. This intrinsic feature of the contemporary echoes throughout many of the works in this exhibition, particularly Cie?lewicz's posters and B?kowski's films.

Often sidelined during his lifetime and censored, Kovásznai is now acknowledged as a crucial representative of 20th Century Hungarian art. In the 1960s he provided one of the first visual commentaries on an emerging urban pop culture in Budapest. The screening of Kovásznai’s films in the exhibition will be the first staging of his compelling works in Scotland.

Hailing from Poznan, a city long associated with cultural freethinking and social-political resistance, Wojciech B?kowski is one of the most prolific artists who witnessed the fall of the communist government and entered adulthood accompanied by an extraordinary experience of political and social transformation. Working with verbal monologues and animations drawn directly onto film stock, B?kowski strikes a line into ‘nightmare infested interior worlds’. Feeding on claustrophobia and details of an everyday world, B?kowski offers a dissonant antidote to the contemporary image of the real.

The works in this exhibition cover a remarkable period in European art and design. Indelibly marked by politics, the shared passion of the artists from three different generations characterizes an age and stands witness to disquiet, shame and a pervasive horror. By literally cutting away the certainties conjured and promulgated by state backed and mainstream media, these complex and uncanny images evoke the oppositional sensibility marking the visual culture of the early 21st century. 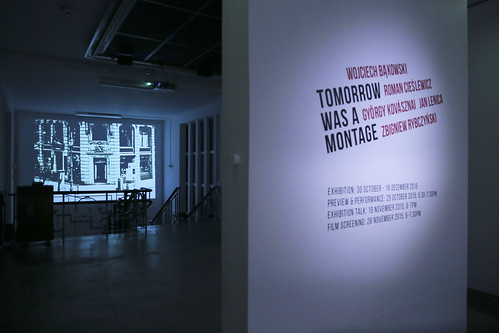 Tomorrow Was a Montage was previewed by Mark Sinclair on Creative Review on 2nd November and featured multiple images of Roman Cieslewicz's posters.

The exhibition was reviewed by writer and art historian Catherine Spencer for Art Monthly in the December 2015 / January 2016 issue in a Dundee & Glasgow Roundup. You can read the article here: Art Monthly Dec Jan 2015

Online contemporary art magazine 'this is tomorrow' published a review of Tomorrow Was a Montage by writer Alex Hetherington on 16 November 2016. thisistomorrow.info/articles/tomorrow-was-a-montage

Dundee University Review of the Arts published a review of the exhibition by University of Dundee student Anita Bhadani on 3 December 2016.
dura-dundee.org.uk/2015/12/03/tomorrow-was-a-montage

Wojciech B?kowski (b.1979, Poznan) is a contemporary artist living and working in Warsaw, Poland. B?kowski graduated from the Academy of Fine Arts in Pozna? in 2005 where he studied at the Faculty of Multimedia Education. B?kowski’s art works span mediums including animated Super 8 films, videos, sound installations and audio performances and drawings as well as poetry and live music. He has shown his work across Europe and internationally in esteemed museums and film festivals. Major exhibitions have included: Villa Tokyo, Tokyo, 2011; There’s Nothing But What You See at CoCA Zamek Ujazdowski, Warsaw, 2010 (solo); Early Years, Kunstwerke, Berlin, 2010; Younger than Jesus, New Museum, New York, 2009; Ain’t no sorry, Museum of Modern Art, Warsaw, 2008. In 2009, B?kowski was awarded the Deutsche Bank Foundation’s Views Award and in 2011 he received the prestigious Polityka magazine Passport Award in the Visual Arts category.

An active member of the alternative music scene in Poznan, B?kowski is also a musician and is co-founder of bands KOT (together with Piotr Bosacki and Przemys?aw Sanecki) and Czykita, member of the duo NIWEA (since 2009, with Dawid Szcz?sny), as well as artists’ group PENERSTWO, and the Pink Punk association. 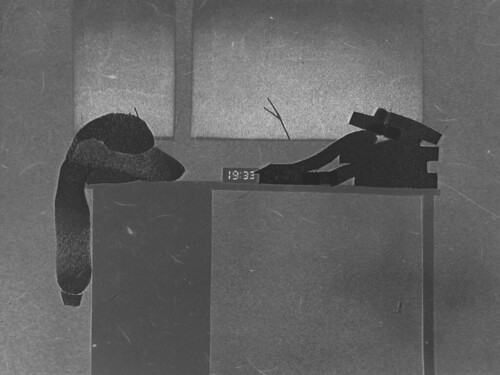 Roman Cie?lewicz (b. 1930, Poland, d. 1996, Paris) is one of the most renowned graphic designers of the second half of the 20th Century. Graduating from the Academy of Fine Art in Krakow in 1954, he had an active career in Poland before moving to Paris in 1963 where he continued to create posters, teach at Ecole Superieure des Arts Graphiques and work on commercial projects until his death in 1996. During his lifetime, Cie?lewicz had over one hundred solo exhibitions and participated in all major poster biennales in the world. His works can be found in the collections of the Polish National Museums in Warsaw, Krakow, Pozna?, Wroc?aw, the Poster Museum in Warsaw, and in the Museum of Art in ?ód? and in major international collections such as Centre Georges Pompidou (Paris), New York Museum of Modern Art, Musée d'Arts Décoratifs in Paris, Stedelijk Museum in Amsterdam, Library of Congress in the USA and Musée de Grenoble in Grenoble.

Cie?lewicz had a prolific commercial career; he was artistic director at Elle magazine in Paris from 1966-69, a frequent contributor to Vogue and Opus and worked with various cultural organisations, such as the Festival d’Automne and the Pompidou Centre in Paris. 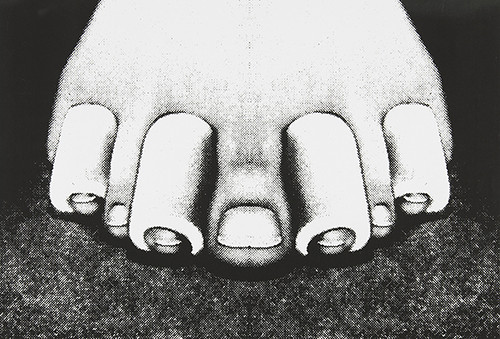 György Kovásznai (b. 1934, d.1983, Budapest, Hungary) was a painter, experimental film-maker, writer and critic. Kovásznai studied Painting at the Hungarian Academy of Fine Arts, however left early of which he later said; “I simply left because I considered the teachers untalented and its spirit witless.” Although frequently sidelined during his lifetime, Kovásznai’s works recently gained new recognition and have been presented in major solo exhibitions at the Hungarian National Gallery (2010) and a screening programme titled "Revolutionary Pop Art: György Kovásznai in Hungary” at the Courtauld Institute in London, UK (2014).

Kovásznai was a significant figure at Hungary’s leading animation company Pannonia Film Studio where he made his first film titled Monologue in 1963 in collaboration with Dezsô Korniss and contributed significantly to the renewal of Hungarian animation film. Kovásznai and Korniss collaborated on a further five films including Young Man Playing the Guitar at the Old Master’s Gallery (1964). This experimental animation was the only film produced by the Pannonia Film Studio that was banned during the socialist regime. 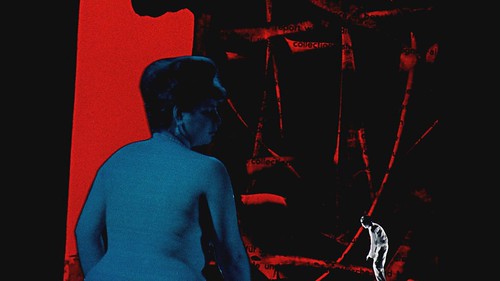 All images courtesy of the György Kovásznai Research Archive.

Jan Lenica (b. 1928, Poznan, Poland, d. 2001, Berlin, Germany) was an esteemed artist, animator and critic, and active member of the renowned Polish Poster School. Lenica is widely celebrated for his animated films internationally and during his lifetime received awards such as First Prize in experimental films at the IX International Festival of Short Films in Oberhausen for Labyrinth (1963), Grand Prix at the XI IFSF in Oberhausen for films A and Rhinoceroses (1964 &65) and won Lifetime Achievement Awards from the Alfred Jurzykowski Foundation Award in New York City (1987) and Kraków Short Film Festival (1999).

He produced over 150 posters works during his career which are held in collections around the world, and participated in exhibitions at esteemed public galleries including Centre Georges Pompidou in Paris (1980), Kunstverein in Kassel (1981), Academy of Fine Arts in Vienna (1982), Museum fur Kunst und Gewerbe in Hamburg (1991).

In his academic career he was professor at Harvard University (1974), Head of Animated Films department at the University of Kassel (1979-86) and Professor of Posters and Graphic Arts at the Berlin Hochschule der Kunste (1986-1994) and was the author of numerous books and articles on poster art. 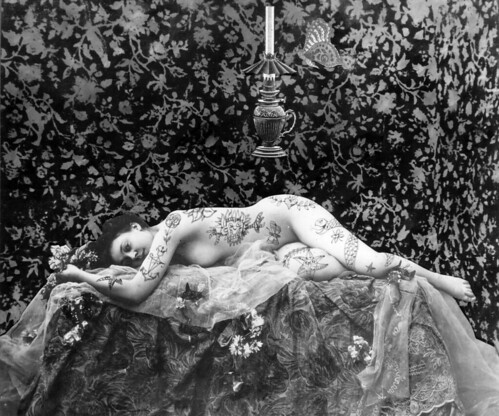 Zbigniew Rybczy?ski (b. 1949, ?ód?, Poland) is a Polish filmmaker and multimedia artist living and working in Arizona, USA. Since graduating from the esteemed ?ód? Film School in the early 1970s, he has worked as a film director in Europe and the United States. His work has received many prestigious industry awards in the United States, Japan and Europe, including an Oscar / Academy Award® in 1983 for Tango, an Emmy® for Special Effects in 1990 for The Orchestra, in addition to the Golden Lion for the best teledisc for Imagine at Cannes Film Festival in 1987. Among his other numerous awards are three MTV Awards, American Video Awards, Monitor Awards and the Billboard Music Video Awards.

A distinguished academic, Rybczy?ski has taught as an instructor at the ?ód? Film School, Poland (cinematography), Columbia University in New York (electronic filmmaking) and as a professor of experimental film at the Academy of Media Arts in Cologne, Germany and Joshibi University of Art and Design in Tokyo, Japan.

Rybczy?ski is a member of the Academy of Motion Picture Arts and Sciences.

Tomorrow Was a Montage has been developed in consultation with Professor David Crowley from the Royal College of Art in London and support from Brigitta Iványi-Bitter from the György Kovásznai Research Foundation.

This project is kindly supported by the ‌Polish Cultural Institute in London, National Museum in Poznan, the Estate of Roman Cie?lewicz and the György Kovásznai Research Foundation.

Cooper Gallery is open Monday - Friday, 10am-5pm and Saturdays, 11am - 5pm, and can be accessed via the Cooper Gallery doors on the right side of DJCAD.