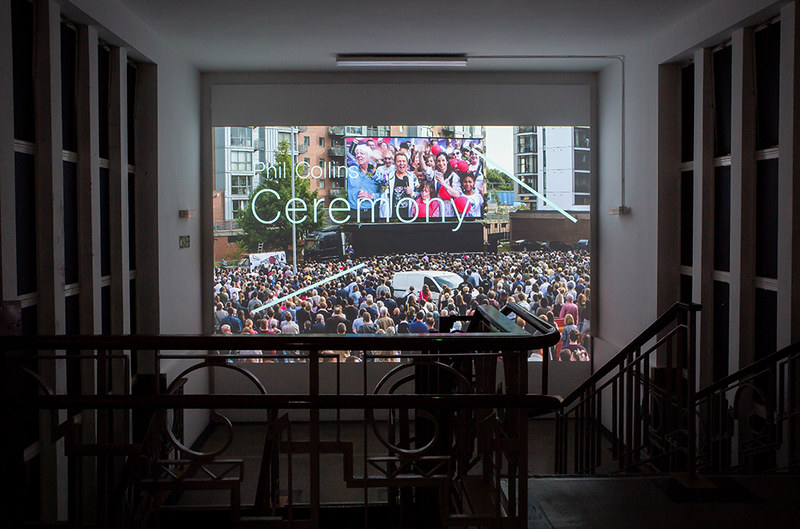 
One century after the 1917 Russian revolution, Cooper Gallery is proud to present in Dundee Ceremony, an exhibition by filmmaker and visual artist Phil Collins.

Reflecting on the work and legacy of Friedrich Engels, co-author of the Communist Manifesto with Karl Marx, Ceremony is a nuanced and timely exploration of Engels’ ideas within the context of the social conditions in contemporary Britain.

Political revolutions and class struggle mark our world in many different and surprising ways. From ushering in new social relationships, to unsettling hierarchies and imagining radically different cultural perspectives, revolution is first and foremost about people and ideas. But perhaps the most enduring and concrete traces of revolutions, specifically those of the 20th century, remain monumental public sculptures.

Appropriating a decommissioned 1970 statue from former Eastern Europe, Collins’ multi-faceted project explores how we perceive and still live today with the complex politics that underpin revolutionary desires. Featuring an artist’s film and a set of printed backdrops, Ceremony at Cooper Gallery indexes the symbols of revolution, industrialisation and contemporary Western imperialism to provide a critical mediation on both the passing of an idea and the necessity for its urgent reappraisal in the 21st century.

Tracing the journey of a communist era statue from one side of Europe to its permanent relocation in Manchester, where Engels wrote his seminal work The Condition of the Working Class in England, Ceremony cuts back and forth to the lives of Collins’ collaborators in present day Britain to unpack how the idea of communism continues to provide a visionary alternative to the tyranny of capital. Unrolling through Collins’ trademark mosaic of genres and visual approaches, from artist’s film and staged performance to archive, documentary and experimental TV, Ceremony provides a fitting occasion for reconsidering working class histories and industrial struggles that have marked, and still do, the city of Dundee.

Acknowledging Engels’ observations on the condition of the working class in the 19th century as its starting point, a Panel Discussion on the preview evening will bring together representatives from activist and community groups in Dundee and beyond. Reflecting upon the past decade of austerity measures in the UK, the discussion will engage different perspectives on the hardships and injustices of life under contemporary capitalism.

The panel discussion will be chaired by documentary filmmaker, writer, podcaster and activist Sam Gonçalves who will be joined by Pinar Aksu, a Human Rights Activist, Community Development worker, and Theatre of the Oppressed practitioner; Sarah Glynn, an activist, academic and architect who played a central role in the establishment and running of the Scottish Unemployed Workers' Network; Derrick Johnston, a musician, writer and activist based in Dundee who is involved in direct action through community organising and running DIY events; and Stella Rooney, an artist, current DJCAD student and activist working against precarious employment. 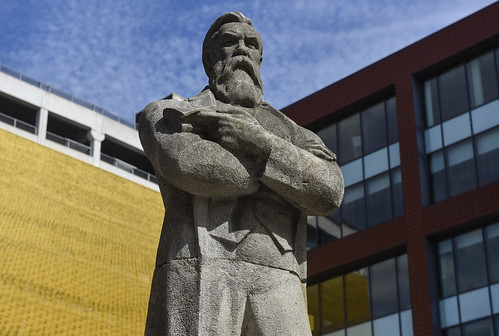 Artist Biography
Phil Collins is a filmmaker and visual artist based in Berlin and Wuppertal, Germany. He is Professor of Video Art and Performance at the Academy of Media Arts in Cologne. Since the late 1990s Collins’ practice has explored the intersections of art, politics and media. Characteristic of his approach is a close engagement with place and a wide range of collaborators, which over the years have included, amongst others, disco-dancing Palestinians; Kosovan Albanian refugees; the youth of Baghdad; fans of The Smiths across three continents; teachers of Marxism-Leninism from the former German Democratic Republic; anti-fascist skinheads in Malaysia; the homeless population of Cologne; men incarcerated at one of the United States’ largest prisons; and prisoners, pensioners, school kids, and a symphonic orchestra in Glasgow. Reflecting critical consciousness and disarming immediacy, Collins’ works pull into sharp focus the contradictions which shape human experience.

Ceremony at Cooper Gallery, DJCAD is supported by the Goethe-Institut Glasgow