Unfortunately Naiza Khan's Artist's Talk has been cancelled due to illness. Please join us from 5.30pm in Cooper Gallery for the Preview of her exhibition.

The "state of emergency" in which we live is not the exception but the rule.
– Walter Benjamin, Theses on the Philosophy of History, 1940.

Naiza Khan is a leading contemporary artist in Pakistan, who intensely interrogates the costs that globalised urbanization incurs upon the fragile relations between a land and its people.

Employing a questioning gaze that evades being a mute recording of what appears; Khan’s work negotiates and interrupts the spoils of progress to ask questions of artistic agency and its place in the social realm.

Disrupting the Alignment at Cooper Gallery is Naiza Khan’s first major solo exhibition in Scotland. A filmic installation that incorporates the histories, myths and the ephemeral but always recurring spirit of a place, this exhibition is set to depict and re-inscribe the “interrupted geography” of Karachi and the nearby Manora Island.

Comprised of three films, watercolours, prints and photographic works, Disrupting the Alignment is a re-affirmation of a lost firm ground that gives legibility to the storm of social and economic changes ravaging the contemporary world.

Featured in Khan’s exhibition is the Observatory, an evocatively haunting film of a derelict observatory on the coast of Manora Island. Playing in a continuous loop, the film interleaves images of decaying architecture with a reading of weather reports from 1939, discovered in the building. In her deft re-awakening of a lost past, Khan brings the deteriorating present of the Observatory into an elegiac focus. This pathos of a ruined, but latently alive past is also drawn out in Homage: embodying a sensitive understanding of powerlessness and marginalization, this film charts a subtle sculptural intervention that offers a glimpse of how an artist can memorialize a tragic event, the death of four school children, whilst evading the suffocating spectacle of the monumental.

Based in Karachi, Naiza Khan’s work has been exhibited internationally including a major solo exhibition ‘Karachi Elegies’ at the Broad Museum, Michigan (2013), the 9th Shanghai Biennale (2012), Hanging Fire: Contemporary Art from Pakistan at the Asia Society in New York (2009), and Beyond Borders: Art of Pakistan at the National Gallery of Modern Art, Mumbai (2005).  Khan is well respected for her persistent advocacy of contemporary art in Pakistan: she was a founding member and long-time coordinator of the distinctive Vasl Artists’ Collective; she has also been an active participant in a series of innovative art projects in South Asia. In 2013 Khan was awarded the prestigious Prince Claus Award in recognition of work that offers a complex and nuanced perspective on contemporary Pakistani society and the challenges it is facing.

Photographic documentation of the exhibition and the Preview of Naiza Khan's Disrupting the Alignment from 16th January 2014. 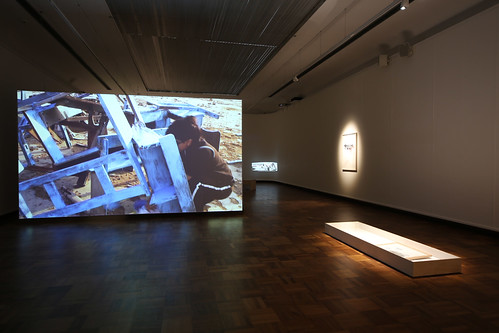 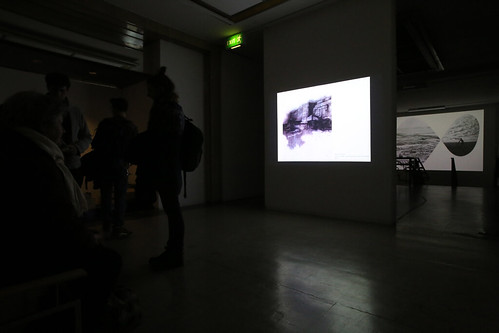 Interview produced on the occasion of Disrupting the Alignment, Naiza Khan's first major solo exhibition in Scotland at Cooper Gallery, Duncan of Jordanstone College of Art and Design. The exhibition runs from 17 January – 15 February 2014.

This clip is from the site Art in Scotland TV, by the people who run Summerhall TV.

This film also includes an interview with Nazia Khan and Curator Sophia Hao.

Naiza Khan works 2011-2013 includes Film Stills from Homage, Restore the Boundaries and the Observatory, as well as recent watercolours.
Images courtesy of Naiza Khan and Rossi & Rossi Gallery in London. 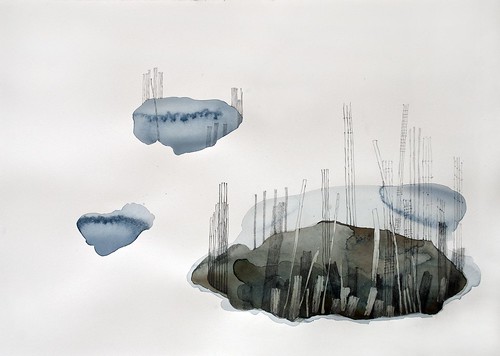 This exhibition has been made possible through the British Council's Connection through Culture project in 2012 that funded the Cooper Gallery's curator to research contemporary art in Pakistan.

C‌ooper Gallery would like to thank Rossi & Rossi Gallery in London for their kind support.

Cooper Gallery is open Mon-Fri, 9.30am-5pm and Sat 10.30am-4.30pm and can be accessed via the Cooper Gallery doors on the east side of the DJCAD car park.