Cooper Summer Residency is a space for artists, writers and thinkers to reflect upon and experiment with new ideas and strategies that will extend their practice. It is also a social and discursive situation for dialogues and debates to take place between residency artists, writers, thinkers? and interested publics, providing an alternative way to encounter, reflect and critique the plurality of contemporary culture.

For the 2015 edition of Cooper Summer Residency, we are delighted to host Glasgow-based artist Oliver Braid and Lyon-based artist Anouchka Oler. Both artists’ practices investigate Object-Oriented Ontology and each consider this philosophical phenomenon through the theme of thingness? during the residency.

Edinburgh/Gateshead based philosopher Joseph Fletcher joined the residency as a third voice to place reflexivity at the heart of the residency and has contributed his annotations from the residency to Cooper Gallery's Group Critical Writing website.

A Cooper Summer Salon was held once a week during the residency to amplify the making and thinking through conversations with the audience. 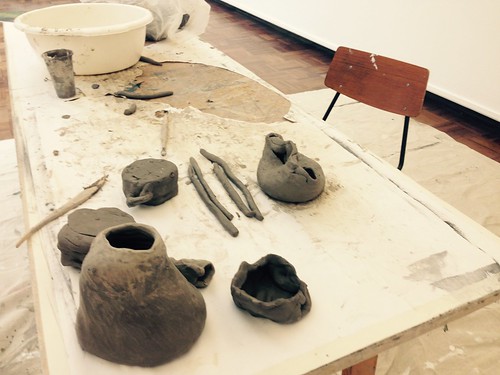 Joseph Fletcher is a practice-based PhD candidate at the University of Edinburgh. His work is concerned with writing and developing an ontological reading of community.

Anouchka Oler (b.1988, Saint Malo, France) is an artist based in Lyon, France. Oler has shown her work throughout Europe and Internationally. Recent solo exhibitions include, IRMA, Wisconsin, Present Works, Milwaukee, USA, I smoked a Cigarette, Wondered About the Colour and Looked at You Once More, AiR-Jakobstad, Finland (2014), It is Forbidden To Feed Sculptures, Kolnischer Kunstverein/OG2, Cologne, Germany (2013) and Two Things in a Bar, BAR, Rotterdam (2011).

Oler received her BFA from École Supérieure des Beaux Arts Montpellier Agglomération in 2009, and received her MFA from the Piet Zwart Institute in 2012. She is currently enrolled in the Post-Graduate programme at the École Nationale des Beaux-Arts de Lyon, and is a 2015 resident artist at the Calcutta Art Research Foundation in India.

Oler’s work often starts with materiality; the thingness of functionless forms, the materiality of language. With the help of objects and sculptures that she produces or selects, she leads a live investigation of what forms communicate in a non-linguistic manner, and what makes us sensitive to them. Oler’s role is frequently made visible in relation to these forms; within her time-based pieces she performs characters that set into narratives, sculptures and objects, be it her own material production, or ones that have entered a history of cultural production. 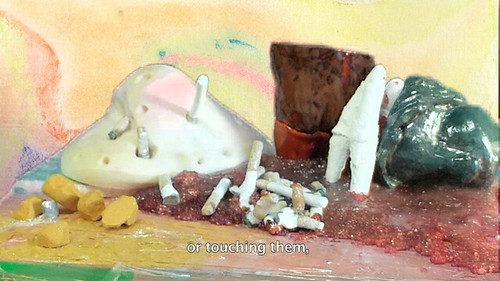 Oliver Braid (b.1984, Birmingham, UK) is an artist living and working in Glasgow. Braid has presented solo exhibitions and projects throughout the UK, these include: I’ll Look Forward To It, Collective Gallery, Edinburgh, part of New Work Scotland (2011), My Five New Friends, The Royal Standard, Liverpool (2012), Snorlax Beanbag, Intermediary Gallery, CCA Glasgow (2013) and Communal Dolphin Snouting at Transmission Gallery Glasgow for Book Week Scotland (2013). In 2013, Braid undertook a 4-month residency at Triangle France, Marseille sponsored by Patricia Fleming Projects, Glasgow City Council International Office and Creative Scotland and in 2014 was awarded a Creative Scotland Artist Bursary. Braid holds a BA from Falmouth College of Arts and MFA from Glasgow School of Art.

Braid frequently collaborates with artist Ellie Harrison to present the Ellie & Oliver Show, a radio project which has been presented with CultureLab Radio (2012), Newcastle, the Edinburgh Art Festival (2012) and the radio mini-festival Glasgay (2012).

Braid’s practice explores definitions of objects, from their objecthood to their subsequent social application, through experimental collaborative and curatorial compositions. His art works and curated projects are influenced by an aleatoric sensibility uncovered under popular 21st century thinking; observations of Objects wandering with Well-being. 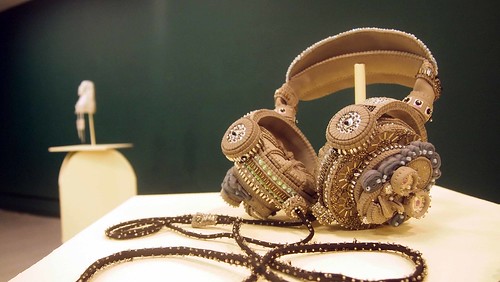 Image Credit: Anouchka Oler, still from The Mother, the Monster and the Witch #1, (Voices will find their bodies), video, 2014. Courtesy of the artist.

Anouchka Oler's participation in the exhibition is kindly supported by Fluxus