To conclude the Cooper Summer Residency 2012, we are delighted to present the outcomes of the residency in the exhibition Making Words - Marking Words.

Cooper Summer Residency is a space for artists to reflect upon and experiment with new ideas and strategies that will extend their practice. The residency is based on a desire to investigate the means and potential of working in an environment that supports the exchange and sharing of resources and knowledge. It also provides audiences with an alternative way to observe, encounter and engage with contemporary art.

For this year's residency, we hosted artists David Bellingham, Cally Spooner and Jesper List Thomsen to be in residence at the CAB (Centre for Artists' Books), DJCAD. These three artists share a common focus on Artists' Books and text based works, with an interest in exploring expanded notions of the book, writing and reading within the contexts of space/time and performativity: Cally Spooner, has completed several ambitious solo projects and recently a residency at Cite Des Arts Paris; Jesper List Thomsen, a Danish artist living and working in London who has exhibited internationally; and David Bellingham an artist based in Scotland has also exhibited widely across the UK and abroad.

We are pleased to announce that the opening preview event will feature a reading by Cally Spooner from a text written during her residency in Dundee over the summer.

David Bellingham has devised several textual intervention works, which will be sited in architectural features both within Cooper Gallery and in the approach to the gallery. He has also produced a special limited edition postcard multiple, based on an image taken on the Perth Road in Dundee, which will be available at the preview.

Jesper List Thomsen has developed new works including sculptures, which will provide the audience with a vantage point from which to read the exhibition. 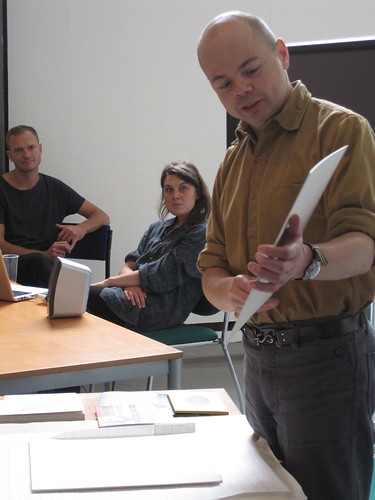 More about the artists... 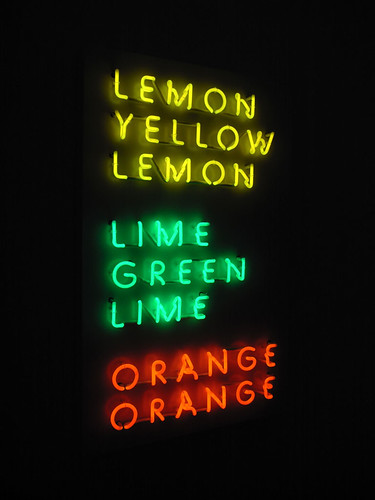 A few words in the place of a few others…

David Bellingham is an artist of near total obscurity, who scratches a living making and mending. His work is occasionally to be found in the regions but it does not stay long and it is hard to spot. You will not have heard of him before and you may never hear of him again. He was born in South London and lives and works in Glasgow. 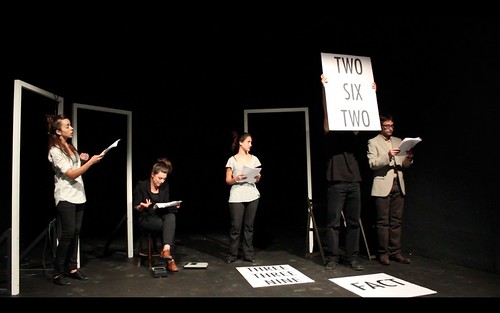 Cally Spooner lives and works in London. She graduated with an MFA from Goldsmiths in 2008 and has recently completed a British Council and French Cultural Institute artists’ residency at Cite Des Arts Paris.

With outputs ranging from film, theatre, novellas and broadcasting, Cally Spooner stages the state and mechanisms of production, through an ongoing enquiry into the conditions necessary for the creation of a live event. Working from the notion of performance as a promise, (that progress and change will be delivered, typically in the workplace), Spooner translates existing philosophical doctrines into new live productions for public reception. Drawing on theatrical tropes, plot-less novellas, arguing characters and musical interruptions her work embodies the awkward movement between solo thought, live public activity and the social anxiety of the performance promise. 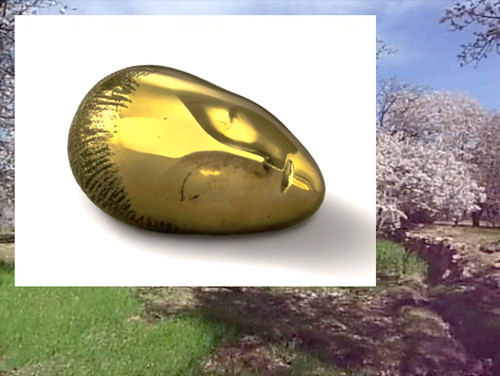 Jesper List Thomsen lives and works in London. He was born in Denmark and graduated with an MA Fine Art from The Royal College of Art in 2007.

Jesper List Thomsen’s work arrives at language from a photographic perspective and background. Through writing he explores how immediate, lived experience can transform into a future event; into new form, as object/image/text. By considering the possibility of a different form of engagement with the natural and built environment he is investigating ways of dealing with time and present-ness and its future permutations.