For the final happening of Two Night Stands, Jade Montserrat introduces her work No Need for Clothing and Shadowing Josephine to Cooper Gallery.

Transcribing individual texts into a temporary wall drawing, No Need for Clothing is a new durational performance by Jade Montserrat that speaks of entanglement and commodity fetishism; a polemic engaged in combat between histories of colonialism and today's realities, imposition and economies of trust, protection and survival. Alongside the performance, Shadowing Josephine, film documentation of the artist's previous durational performances will be featured in the Happening. Shadowing Josephine is a surefooted but lightly choreographed work set to Cab Calloway’s popular Cotton Club track “Pickin’ up the Cabbage”. The work recognizes the indebtedness owed to Josephine Baker, the first widely celebrated, independent black celebrity who emerged from colonial and segregation contexts and measures physicality as a visual language. How do we read bodies and how is this body to be read? 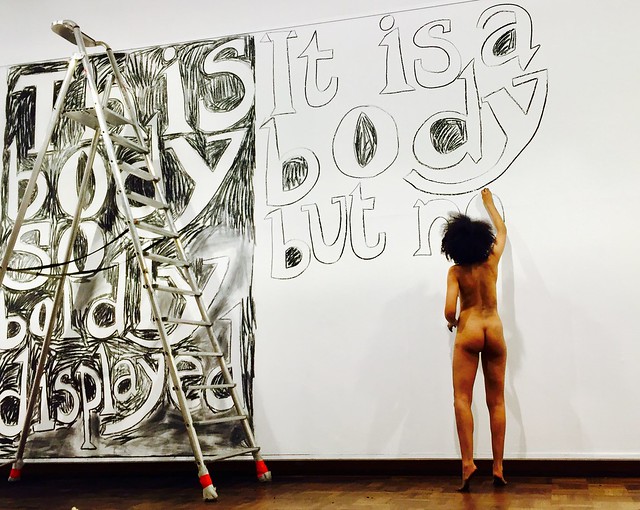