Preeminent sculptor Bruce McLean will stage three films made at different points in his career that covers over four decades. Underscoring the obvious humour of the films is a desire to break with the establishment by interrogating the hierarchies, values and assumptions invested in sculpture. The highlight of McLean’s Two Night Stands at Cooper Gallery will be an interrupted conversation with Lynda Morris whilst these two legends of contemporary art debate a plausible account of collaboration, sedition and political stances in the art world. 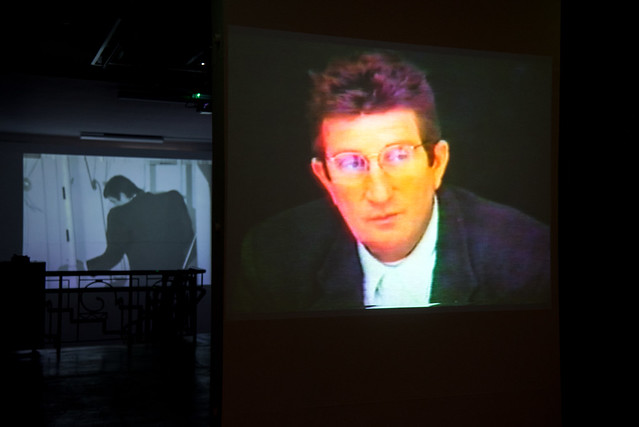 Bruce McLean (born 1944 in Scotland) is one of the major figures of contemporary British Art. He first came to prominence in the late 1960s as a sculptor, rethinking the possibilities of three-­?dimensional work in terms of form, scale and permanence. McLean’s bold and confident approach to art-­?making and the wit evident therein proved influential to his contemporaries and also to a generation of younger artists.

Always satirical and parodic, McLean’s performances, often with a politically critical stance, interrogate the hierarchies, values and assumptions invested in sculpture. In 1971 McLean established a collective Nice Style, billed as ‘The World's First Pose Band'. With them and in other collaborative performances he continued to use humour to confront the pretensions of the art world and wider social issues such as the nature of bureaucracy and institutional politics.

Bruce McLean was awarded the John Moore’s prize for painting in 1985, and was Professor and the Head of Graduate Painting at the Slade until 2010. He lives and works in London.

Image courtesy of the artist.