Thin gold chains link ears to the tip of their tongue

The event is named after a description of Ogmios, not so much to conjure the figure of Ogmios more to consider the compelling nature, strengths, and social functions of collective tunes and performance within a community.

This event brings together collaborators of Anne-Marie to perform within her exhibition Looking in either direction the whole street was filled with people, some singing, moving towards x...

The event is free and unticketed. 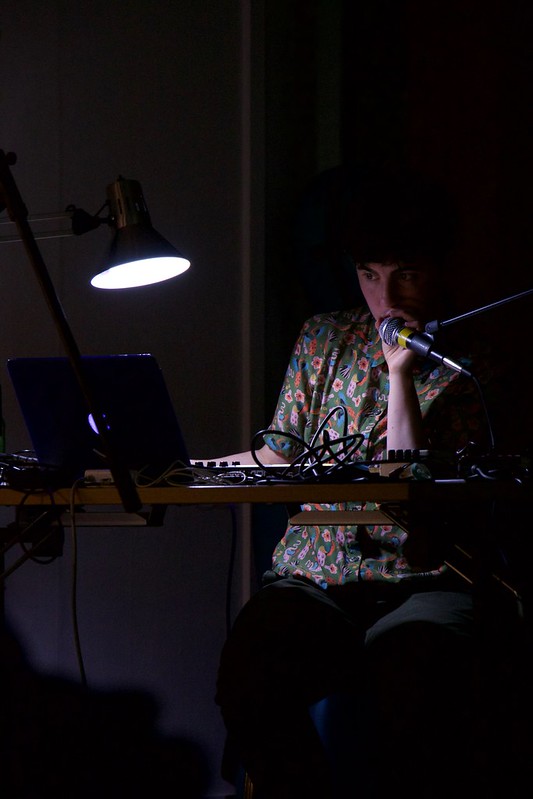 Ailbhe Nic Oireachtaigh is a viola player from Ireland who takes influence from improvised, traditional and early music styles. She has played with a variety of musicians and groups which include Woven Skull, Circuit des Yeux, Josephine Foster and Alasdair Roberts and Irish improvisers David Lacey, Aonghus McEvoy and David Donohoe. Her first solo recordings were released on Fort Evil Fruit under the title Oreing and feature four semi-improvised pieces for viola and tape delay.

Francis Mckee is Director of CCA, Glasgow and a tutor and research fellow at Glasgow School of Art, working on the development of open source ideologies. From 2005 to 2008 he was also curator of Glasgow International Festival of Contemporary Visual Art.

He has curated many exhibitions including This Peaceful War, The Jumex Collection for the first Glasgow International in 2005; Zenomap (together with Kay Pallister), the presentation of new work from Scotland for the Venice Biennale in 2003; and he was one of the curators invited to contribute in Lyon Biennale 2007. Previously, Francis worked as a historian of medicine for the Wellcome Trust and as Head of Programme at CCA.

For the past fifteen years he has written extensively on the work of artists such as Christine Borland, Willie Docherty, Ross Sinclair, Douglas Gordon, Matthew Barney, Simon Starling, Catherine Yass, Joao Penalva, Kathy Prendergast and Pipilotti Rist. A recent collection of essays has been published and he was one of seven writers to collaborate on a sci-fi novel entitled Philip. Selections of his writing are also available on his website: francismckee.net